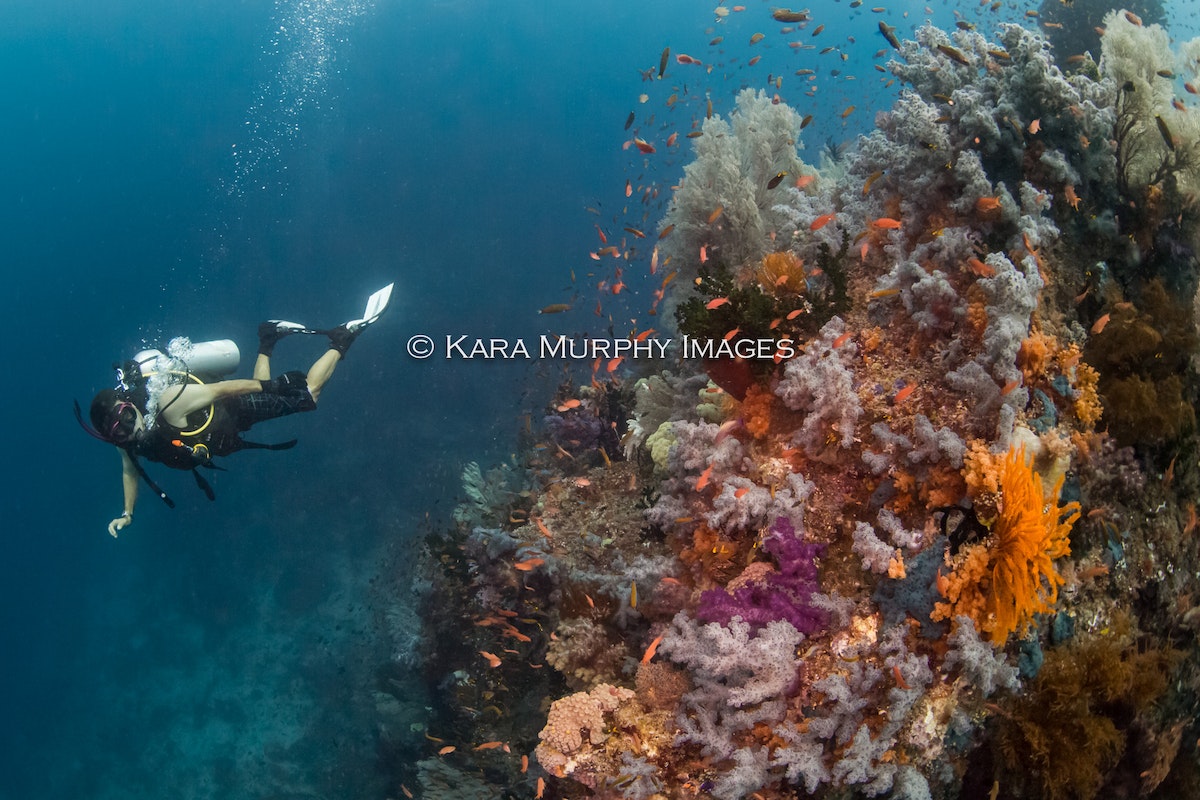 In a daydream, I slip into a lake filled with jellyfish, their sting so mild it’s undetectable, and scuba dive alongside a rainbow of soft corals and tiny, flitting fish, wondering if I’ve ever floated in a space quite so beautiful. Happily, these are dreams that have already come true, in the waters of the 40,000-square-kilometre Raja Ampat archipelago, off the north-western tip of Indonesia’s West Papua province.

I haven’t visited every renowned underwater destination – far from it. But when anyone asks me to name the best diving destinations I have experienced thus far, I always mention Raja Ampat, which I explored while on a work assignment aboard 51-metre/14-passenger luxury yacht Dunia Baru.

Raja Ampat (which means ‘Four Kings’ when translated to English) consists of four main islands – Waigeo, Batanta, Salawati, and Misool – as well as the 1500 smaller islands, cays, and shoals surrounding them. Its biodiverse waters are home to an estimated 75% of the world’s coral species, 700 species of molluscs, more than 1300 species of fish, and marine mammals such as whales, dolphins, and dugongs.

The underwater world around Misool – the southernmost of Raja Ampat’s four main islands – stands out in my memory. Our itinerary there included diving Whale Rock, Nudi Rock, Yellit, Dunia Kecil, Barracuda Rock, and the Three Kings. Of these sites, I have particularly fond recollections of Whale Rock, where purple and blue hues dominate some soft coral-laden bommies, and Dunia Kecil (‘small world’), home to a fetching coral-adorned swim through and a wall brimming with life. At the latter site, I was entranced by a Papuan scorpionfish, wide-eyed and chilling out on the coral.

Misool is also home to a lake filled with ‘stingless’ golden jellyfish. Following a short, sweaty hike through forest from our tender drop-off point, I eased into the emerald lake's shallows. Moving towards the clearer waters in its centre, I soon found myself in the midst of hundreds of these gently pulsating, gelatinous creatures, with many bumping into and lightly bouncing off me as I silently explored their home.

The following video includes footage from all of these sites.

Misool isn’t the only area of Raja Ampat with memorable diving. Northwest of Batanta, in the Fam Islands, is the lovely Melissa’s Garden site. The coral gardens here attract a bevy of fish – fusileers, dainty blue chromis, porcupinefish, and so many more – which, depending on conditions, drift by relatively unhurriedly or stir the waters in a chaotic frenzy. 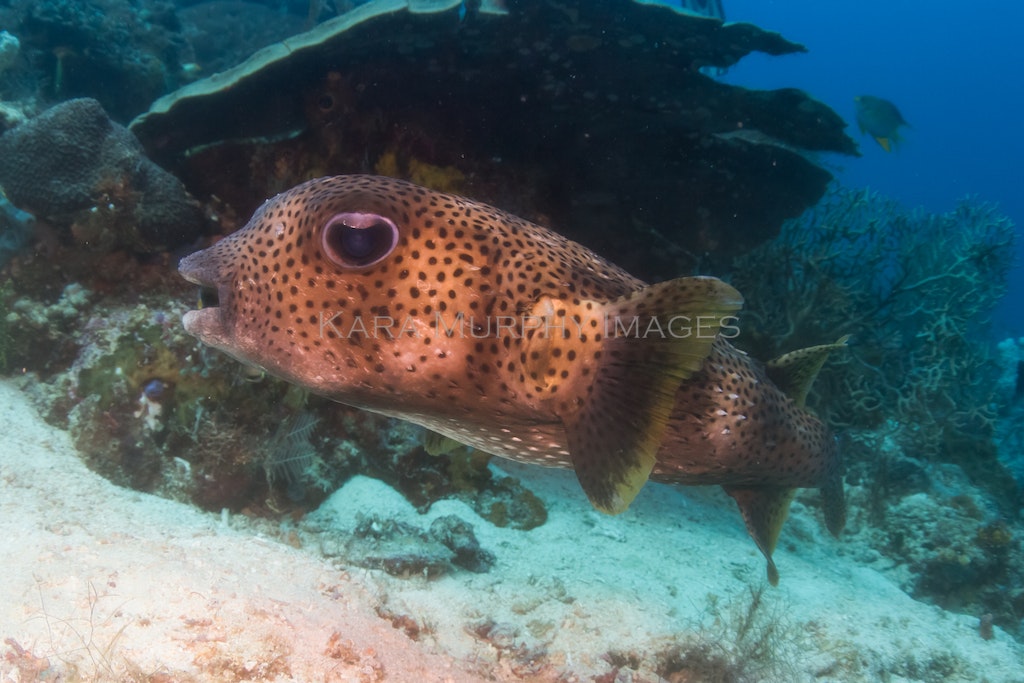 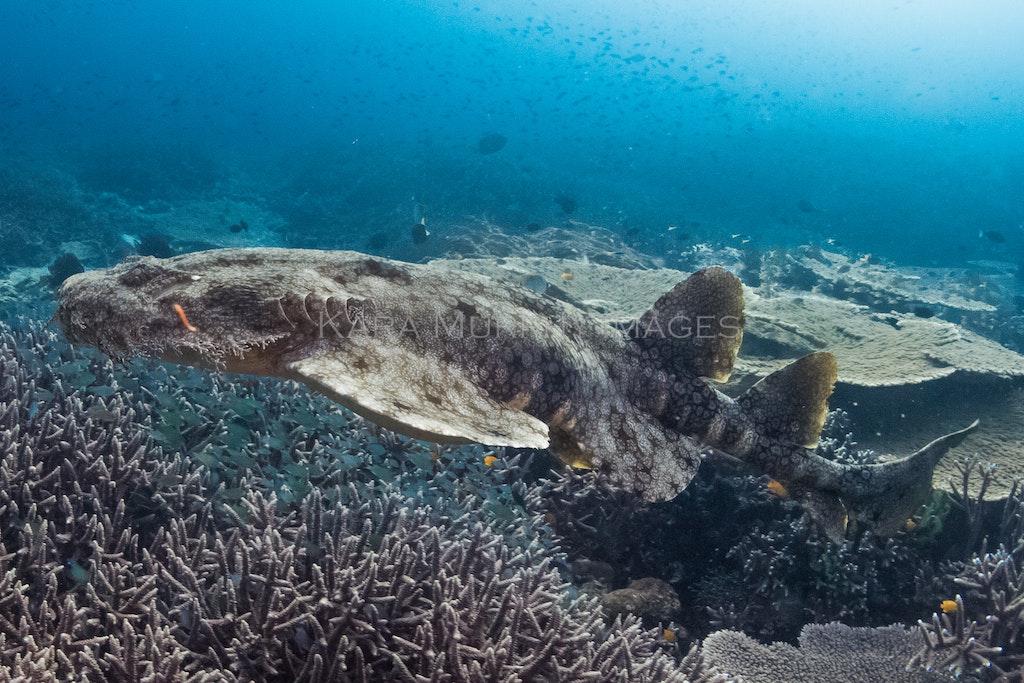 Further north is Wayag, an idyllic area of karst limestone islands embracing blissfully blue, tranquil lagoons. I spent most daylight hours here exploring hidden lagoon corners on a stand-up paddle board and spying on anemonefish and black-tipped reef sharks with a mask and snorkel; however, I did blow bubbles at Ridge Rock, which I remember most for its odd holothurian-covered corals. 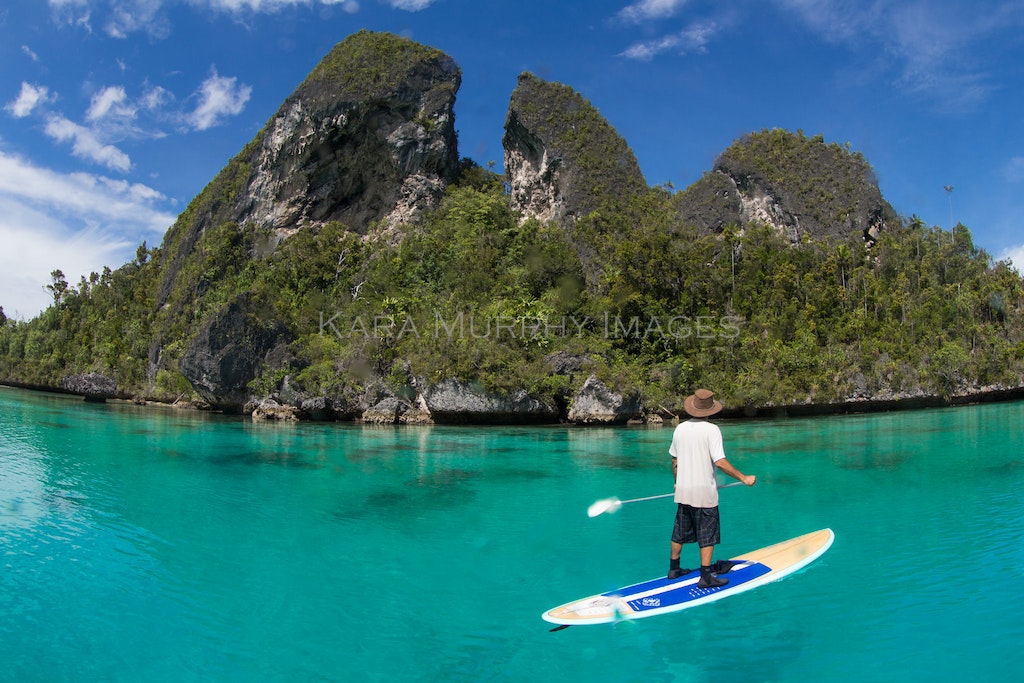 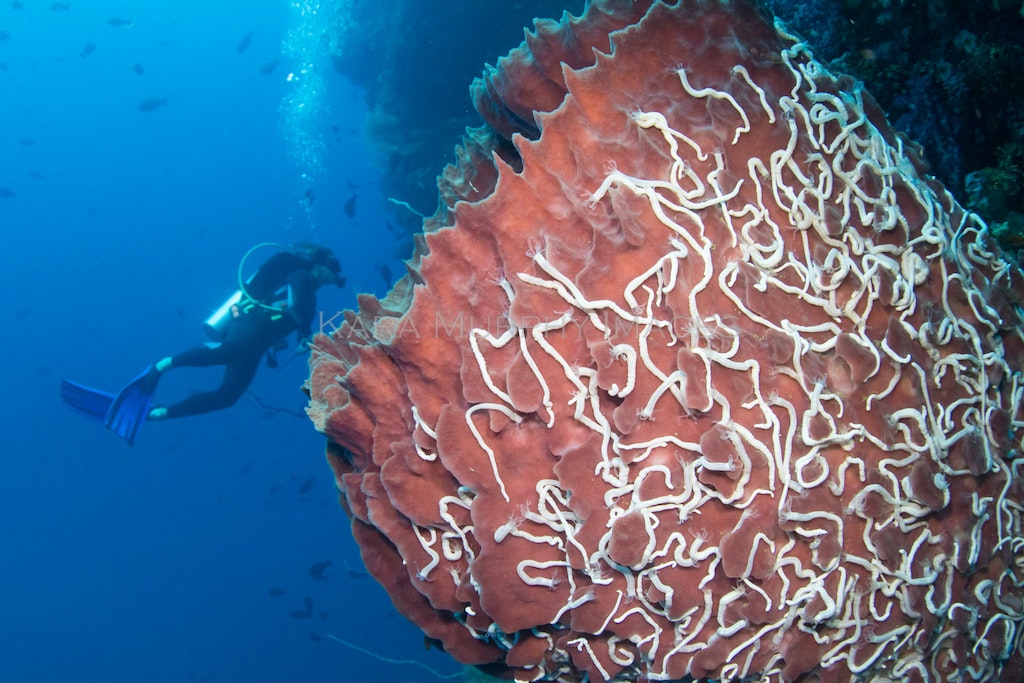 And there are so many other underwater possibilities – more than enough to inspire daydreams ... including those of returning.

Kara Murphy travelled as a guest of Dunia Baru. The yacht offers Raja Ampat itineraries between November and March, when conditions are optimal for diving.

Prints/wall art featuring many of these images are available to purchase on this site.