Songs in Scotland: the beauty of travelling for music 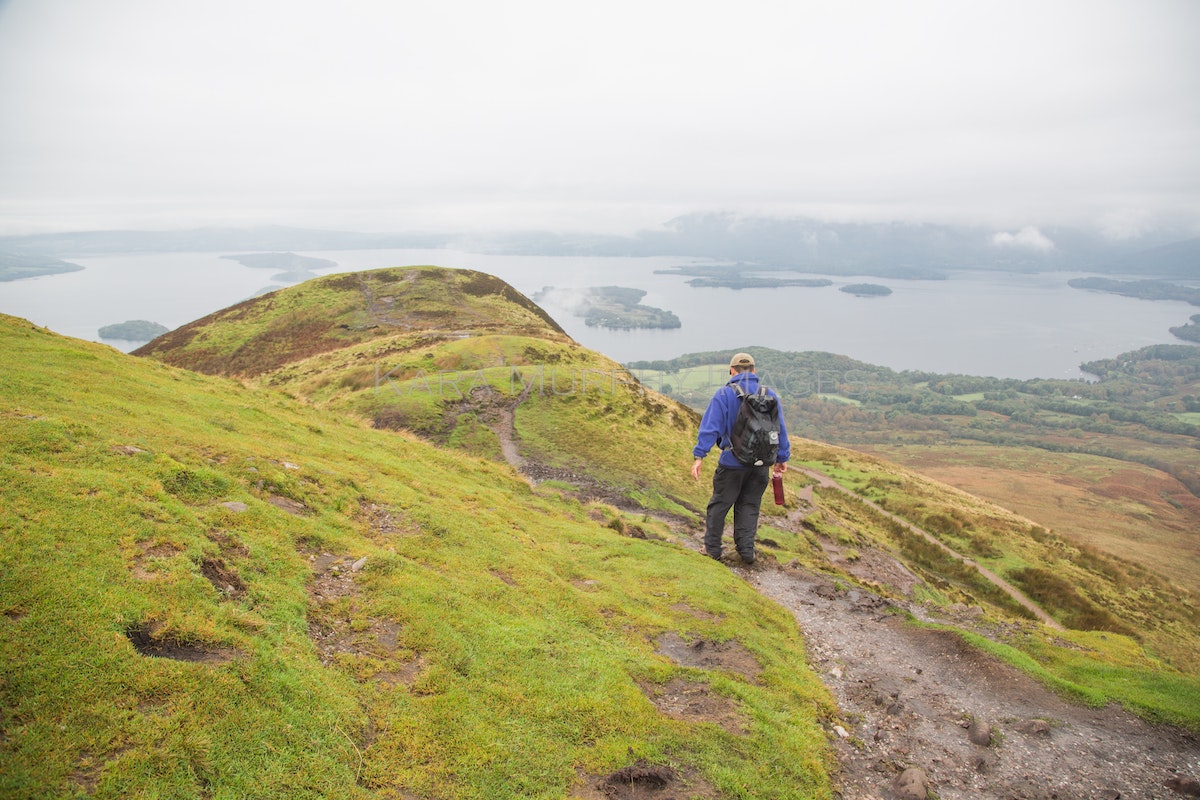 A couple years ago, to delve further into the spirit of Scotland, where I was soon to travel, I searched online for Scottish songs. The search returned some tunes I knew, for example, ‘Auld Lang Syne’, an ancient song that was first recorded on paper by Scotland's National Bard Robert Burns (1759-1796); ‘The Bonnie Banks o’ Loch Lomond’, a traditional number that references the grim aftermath of the Jacobite uprising; 'The Skye Boat Song', another traditional tune that recalls Bonnie Prince Charlie's escape to the Isle of Skye following his defeat at the Battle of Culloden; ‘I’m Gonna Be (500 Miles)’, an energetic work by Scottish duo The Proclaimers; and the passionate 'Scottish Winds' by Frightened Rabbit.

However, some songs were new to me. One was the enchanting ‘Wild Mountain Thyme’, based on ‘The Braes of Balquhither’, a song by 18th century Scottish poet Robert Tannahill and first recorded in the 1950s by Belfast musician Francis McPeake.

Another was ‘Caledonia’, a ballad by Scottish songwriter, composer, and performer Dougie MacLean. In Roman times, the area of Britain now known as Scotland was called Caledonia; MacLean wrote this love song to his homeland in the 1970s, while he was travelling and homesick. Its chorus goes like this:

'Let me tell you that I love you, and I think about you all the time

Caledonia, you're calling me, and now I'm going home

But if I should become a stranger, you know that it would make me more than sad

Caledonia's been everything I've ever had.'

- 'Caledonia' – Music and Lyrics by Dougie MacLean; Published by Limetree Arts and Music.

You can listen to him performing this beautiful song on his YouTube site. The video was filmed in 2014 by Dougie and Jenny MacLean’s son Jamie and other members of their team in their studio in Butterstone, Perthshire.

‘Caledonia’ resonated with me, perhaps because I live so far away from the place I called home for the first three decades of my life. Though I love Australia, I can relate to feeling homesick – for Virginia’s mountains (pictured below) and especially for my family. 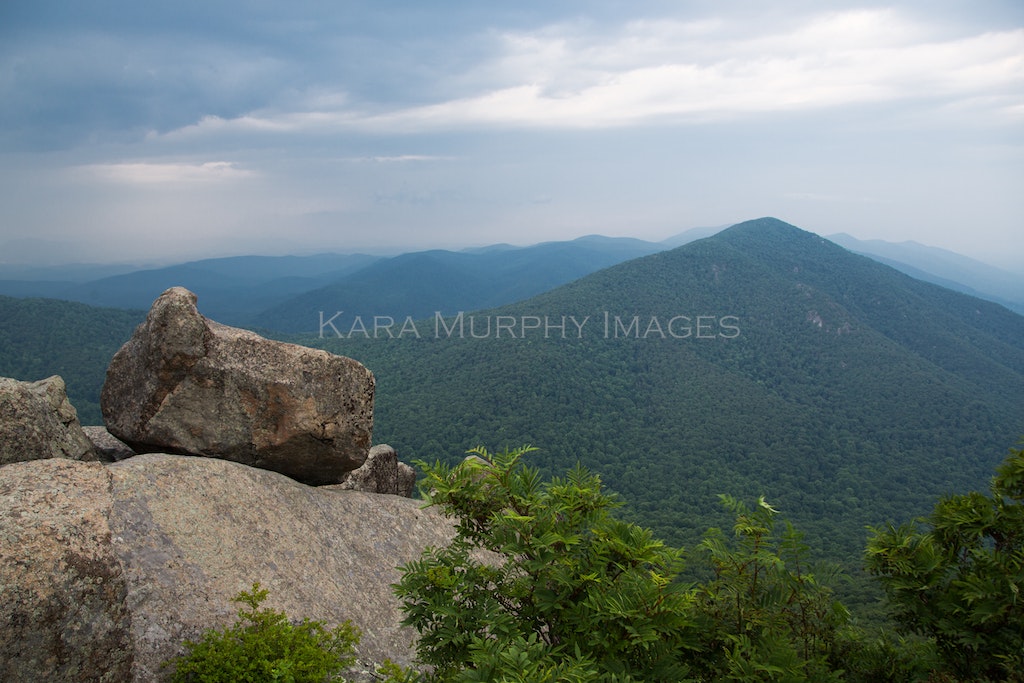 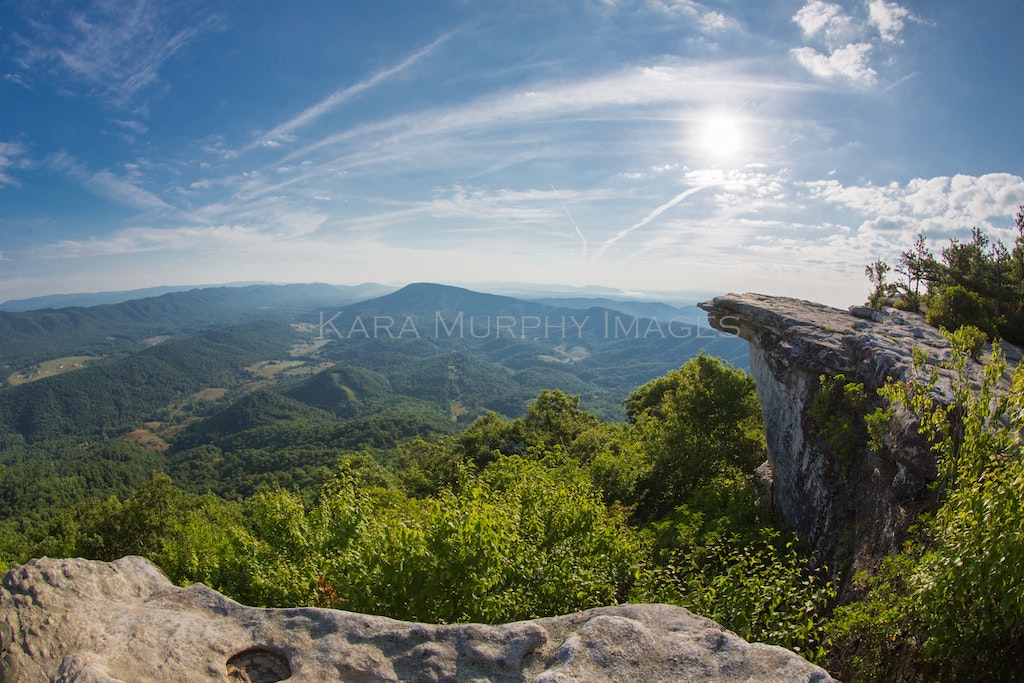 Thinking how special it would be to hear this Scottish classic performed live in the country it celebrates, I checked MacLean’s tour dates. Luckily, he was playing Blair Atholl’s Food in the Park Live on an evening my parents, husband, and I were planning to visit Scotland’s Cairngorms National Park. Changing our overnight stop to Blair Atholl village, in the foothills of the Cairngorm Mountains, was easy, so we quickly bought tickets for the performance.

Since all seats for MacLean’s concert at this 250-seat marquee venue were general admission, we arrived when the doors opened, hoping to secure a spot with a decent view … and ended up on the front row. While waiting for the music to begin, we sampled Scottish craft beer from the onsite bar, tucked into takeaway pizza and fish and chips from one of the venue's restaurants, and chatted to a couple fellow international travellers, who had heard MacLean perform multiple times.

I quickly understood why they were such fans. MacLean’s love song to Scotland was a joy to hear, and his other songs (for example, 'Shadow of the Mountain', 'This Love Will Carry', 'Talking with my Father') were, too – particularly, for me, ‘Feel So Near’, which has the following chorus:

'I feel so near to the howling of the wind

Feel so near to the crashing of the waves

Feel so near to the flowers in the field

- 'Feel So Near' – Music and Lyrics by Dougie MacLean; Published by Limetree Arts and Music. (You can view the lyrics in their entirety on MacLean’s website.)

MacLean explains that the song was inspired by 'the landscape and people of our second "home" on the west of coast of the Island of Lewis in the Outer Hebrides,' where it has become 'a bit of an anthem.' He recalls being moved by 'the power of the ocean; the waves crashing on the beach; the huge skies and big, unpredictable weather; [and] the wildflowers along the machair (the grassy stretches behind dunes along the beach).'

It's one of his favourites to perform live, he says, because it's so good for involving the audience. 'It has a great chorus, focuses on the importance of nature, spirituality, and our children … and is somehow very optimistic!'

Like the rest of the audience, I sang along during the chorus, imagining the wild, beautiful island he'd described and feeling closer to nature all the while.

After the concert, we had the chance to briefly meet MacLean and tell him how much we enjoyed the show – another wonderful thing about the informality and size of this venue. (According to a recent Facebook post by Food in the Park Live, an extension to the venue’s temporary planning permission was recently denied. A few upcoming shows will be held at the Blair Atholl Village Hall, and the owners hope to build a permanent structure to house live music at Food in the Park soon. Best wishes to them – I’d love to return for another concert one day.)

In the following days, we hiked in places such as Glencoe, Glen Nevis, the Isle of Skye, Loch Ness, and Ben Lomond, and MacLean's songs played often in my mind.

Less than a year later, my husband and I fell in love with the music of Italian tenor Andrea Bocelli, prompting me to find out where we might be able to hear him live. One upcoming performance was in Glasgow, at the 12,000-seat SSE Hydro, Scotland’s largest entertainment venue. A long way from Australia, yes, and in a part of the world we’d recently visited, but the concert provided a tempting excuse to finally embark on a long-distance walk I’d been wanting to do for years, the 154km West Highland Way. The popular walk begins in Milngavie (near Glasgow) and travels from the Lowlands to the Highlands – moving along Loch Lomond, through the western edges of wild Rannoch Moor, into Glencoe (pictured), and past the foot of Ben Nevis before finishing in Fort William. 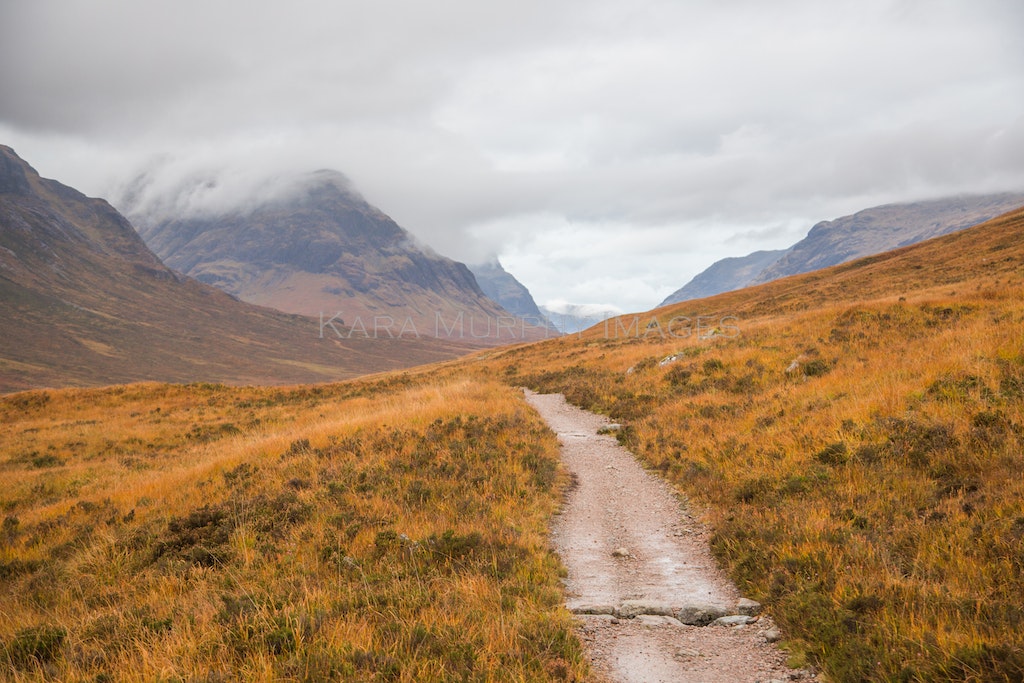 So we planned a journey that combined two loves – hiking and music. I’ll write more about the West Highland Way in another blog, but we timed our adventure so we’d finish the hike the day before Bocelli’s concert, then travel back to Glasgow via train with a few hours to spare before the famous tenor’s first song.

Given that we’d splurged on third row seats, his performance felt almost as intimate as our Food in the Park Live experience. While the program didn’t include all my favourite Bocelli songs, it included some of them: ‘O Sole Mio’, ‘If Only’, ‘Canto Della Terra’, and, as encores, ‘Time to Say Goodbye’ and ‘Nessun Dorma’. And the ones I didn’t know as well were also mesmerising. 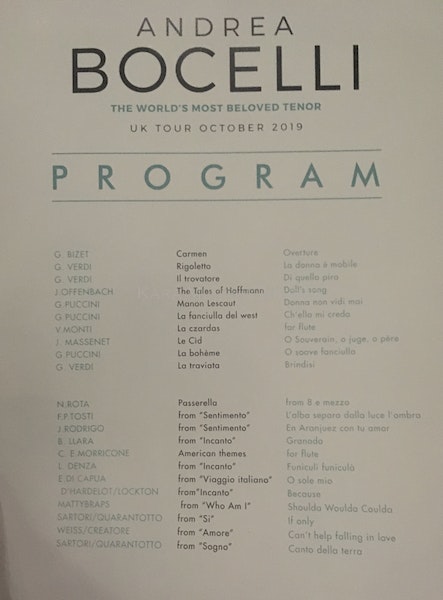 As he sang his final song, I cried – because the concert was so magical … and because it was almost over.

We spent our remaining few days in Scotland listening to Bocelli and other artists while driving the SnowRoads Scenic Route (pictured below) in the eastern Cairngorms. Bocelli's songs inspired awe and gratitude, knowing we'd just witnessed his extraordinary voice in person, while tunes like MacLean's 'Feel So Near' provided a cherished reminder of time with family in Blair Atholl. 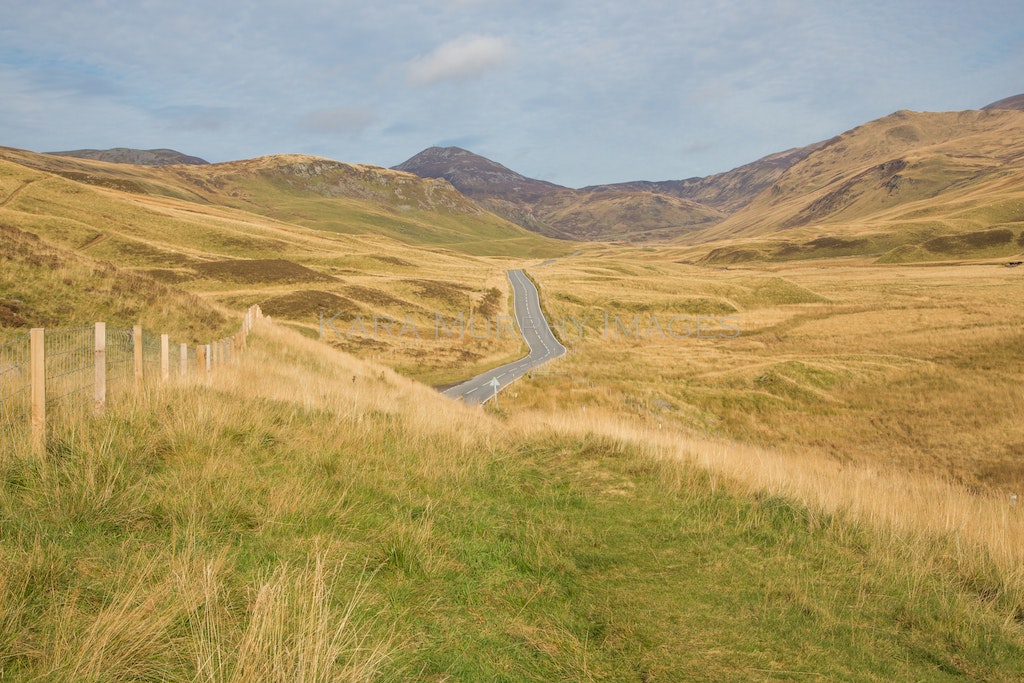 I don't need to hear a beautiful song performed live to have it in my heart, but experiencing it in this way deepens my connection to it, enriches my travels, and ultimately leads me to love a place, and the memory of my time there, even more.